Special attention is paid to the voting system in 3 stages, thanks to which we are able to process a huge number of downloads. At each stage, hardening the selection criteria. We are constantly improving to make voting more objective.

The objectives of the award include the search for the best 100 works of the year in various categories. And since 2017 the definition of 100 best photographers of the year based on the 3 best works.

All photos are estimated anonymously, therefore regalia, merits and popularity of photographers absolutely do not influence the result. This is an excellent chance for beginning photographers to make themselves known and show the whole world their truly worthy work. It is also the best opportunity for professionals to once again confirm their status quo. Unprejudiced and multi-stage assessment will not miss the most interesting shots and find better among them, identifying the 100 most worthy.

If you have photos that you consider worthy, you should not doubt. Participate, share the best works, watch the audience response and get new sources of inspiration.

Will be informed about

You will always know the status of your work in the competition. You learn how to work for your vote are different categories of judges, from the audience to professionals.

During the competition you download photos from the time, before the announcement of the results will be informed of the status of their work, gain invaluable experience, enhance your professional skills, acquire new useful contacts.

Throughout the contest the authorship lies. Voting also anonymous.

" Great Experience and healthy competition, thanks to all! " 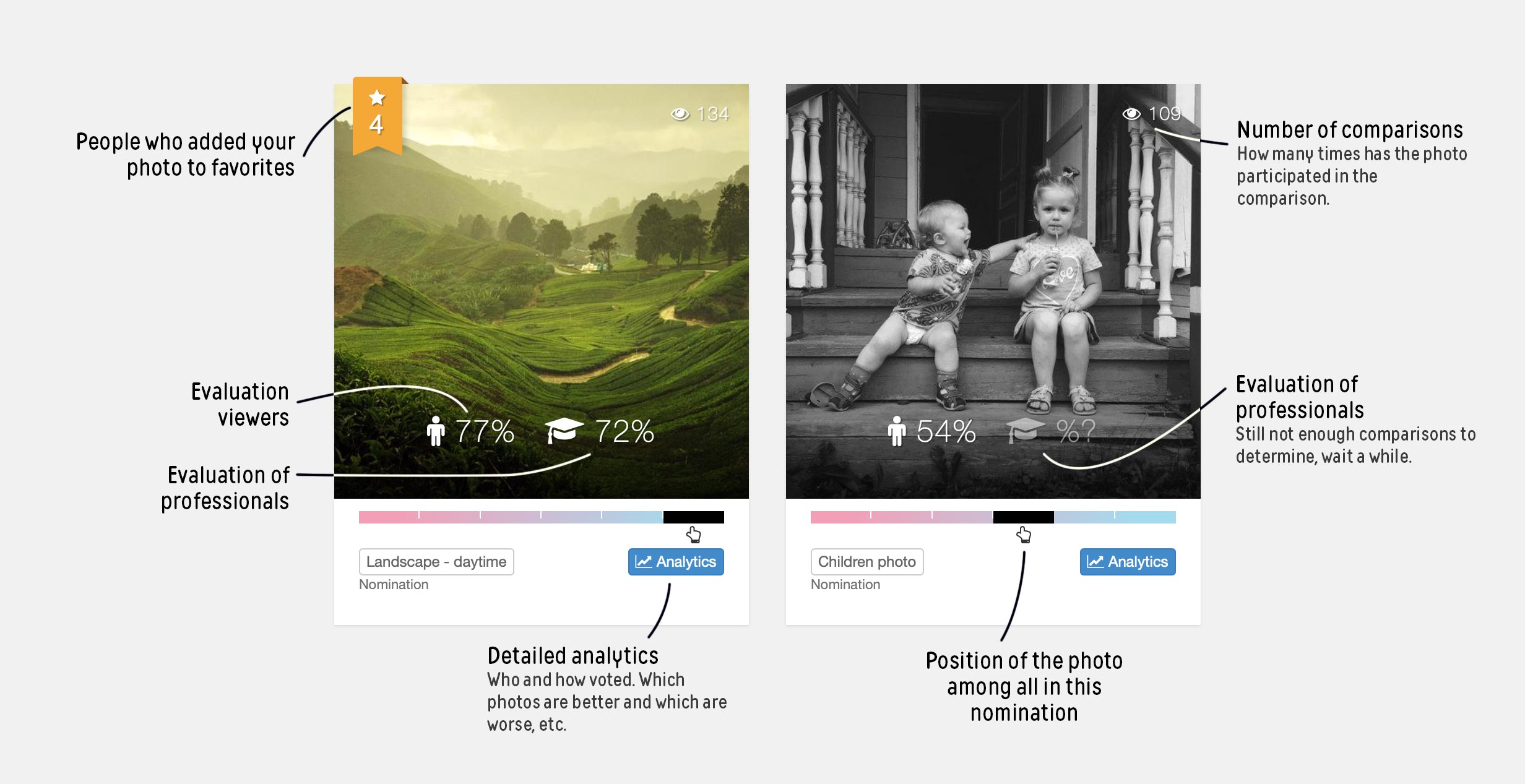 We will help you choose the right picture for the contest

It's not the amount of work and their quality. At the time of reception of works we have prepared a tool with which you will be able to better prepare for the time of the primary vote.

Upload photos right now and get an average rating of your photos from photographers from around the world within minutes.

Usually, sending the contest works you are relying on your own opinions of what photos to choose from. Photos sent to undergo months of waiting, the jury appraisal and silence. Let's see how you can come prepared at the time of the primary vote.

Now in their photographs you saw a few figures:
Number of comparisons - the number of times your picture compared with other photographs on ballot volunteer within your category (the more comparisons the more accurate indicators).
Percent - how often your chosen compared to other photographs (the higher the percentage the better the quality of your work)
The scale of the photo - key indicator which is to be guided. The closer the index to the blue end of the scale the better your chances for a successful participation in the award.

How to act? We show a simple example.

Load the two photos that you think should be involved. After a while, after a preliminary vote, you will see the figures. The most important indicator is the lower range, only pay attention to it. In some photos the slider closer to the blue part of the reserve and, the other is deleted. In the example above, we remove the second photo.

In place of a remote load another photo, and all over again. We reserve the best, the other is removed and a new load.

In this way you get two powerful photos that dignity will be able to compete with other photos. The more tests you do, the better. Similarly, should come with a lot of pictures.

We wish you a successful adjustment and win!

You can change the photo during the entire time of reception

50 members of the jury
from 50 countries

Every year competition will attract 50 jury members from different countries. No more than one person from each. What will choose the winners of the most independent and objective. 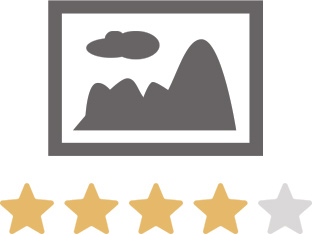 3.
Final vote of 50 jury members from 50 countries. The jury randomly shows photos, the jury member can rate each photo from 1 to 5. After viewing and evaluating all the photos in the nomination, the jury member selects up to 15 works that, in his opinion, deserve to be included in the 100 best photographs of the year!
All other participants in the same vote on the 5-point scale, and up to learn how much their opinion is similar with the opinion of the jury!

50 members of the jury could influence the vote on the first two stages. If the picture does not pass to the next stage, the jury members can voice their transfer photos to the next stage in the opinion of the audience and the professional community. Thus, the quality of the vote will be better, and non-standard and complex work get a chance.

In the first fotopremii number of participants amounted to 36 thousand people and 80 thousand works were submitted... This year, the number of activities and participants will be more, and to vote without objectivity combined voting system simply can not do.

Rating of photographers in your area

As a result of the award will be made rating photographers in your city. The rating will be based on the basis of one of your best photos that won most balls

.
All participants receive a certificate of participation with results

Photography contest:
Nature under the snow

21 май. 13 дней
3
Осталось мест
всего мест: 9
Фототур
Северная Индия — дорогами Души и Сердца
Дхарамсала
14 июн. 5 дней
Фототур
Ладожские шхеры
Keep abreast of all the news about the competition
awards@35awards.com
You can always unsubscribe from this mailing list by clicking on the link "Unsubscribe" at the bottom of the letter